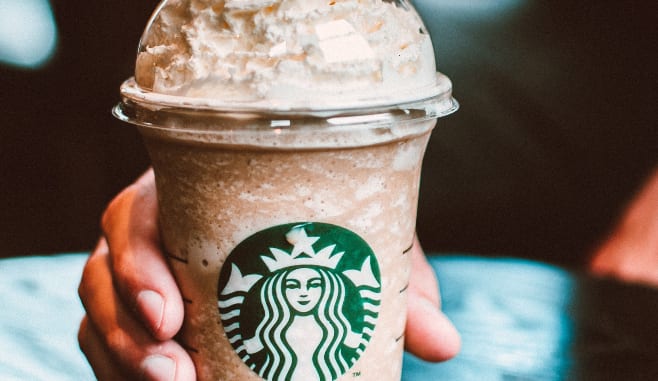 I’m all about variety being the spice of life and all… but sweet lord Starbucks has had so many special limited time drinks at this point… who can keep track of them all?

It all started with the Unicorn frappuccino, then the Dragon frappuccino… or Mermaid frappuccino? Basically insert mythological creature name here” frappuccino was the name of their game over the last few years or so… and according to some trustworthy sources with leaked reports, Starbucks will have a brand new one… this time they’re going groovy… with the Tie-dye frappuccino. Starbucks has declined to comment on the leaked pics, but it’s been a while since they’ve had a new crazy drink, so I’m inclined to believe it’s true… From what I’ve seen of the leaked pics, it’s a mix of red, blue, and yellow swirls in the cup.  And there’s some kind of red, yellow, and blue powder on top of the whipped cream.

What will it taste like?? Hopefully it won’t actually taste like tie-dye… but then again it’s not like the unicorn frappuccino tasted like unicorns (what an awful thought!) Even if the taste isn’t pretty, the drink will certainly be Instagram-worthy… (do people still post frappe pics?)

You may be looking forward to this new drink, but the employees at Starbucks are NOT.  These special Frappuccinos take a ton of time to make and are a huge hassle. Just ask any Starbucks barista.

Something you may already be aware of is Starbucks secret menu items. It’s like some sort of secret club that you can be a part of if you know the password, except you can google them! I’ll save you the trouble, take a look at these:

These are all things you can order, but are not on the menu. So if you you aren’t feeling groovy enough to try out the tie-dye frappuccino, try out one of these secret menu items instead! – [email protected]

Luke Bryan – Win ‘Em Before You Can Buy ‘Em→