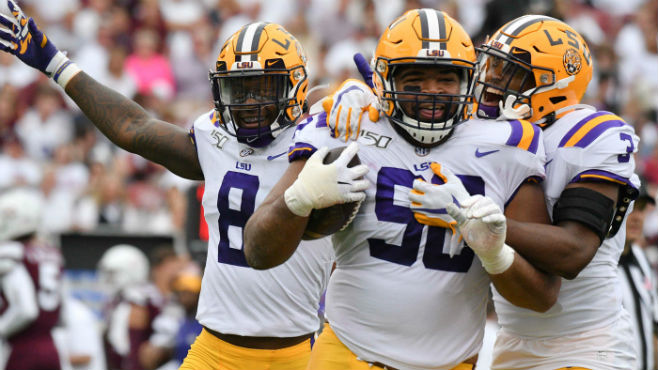 After a slow start offensively, the LSU Tigers finished off the second quarter with an offensive flurry and that was key to a 36-14 victory over the Mississippi State Bulldogs.

After stopping Mississippi State on fourth-and-one near midfield, the Tigers went on a lengthy 12-play drive that ended with a chip-shot field goal from Cade York to get on the board. After the Bulldogs’ next drive stalled out after an offensive pass interference call forced them to punt, the Tigers marched down the field, but still couldn’t find the endzone and settled for another chip-shot to make it 6-0.

After a fumble forced by Michael Divinity, the Tigers got inside the redzone once again but had to settle for another field goal that clanked off of the left goal post to make it 9-0. The Bulldogs finally got on the board later in the second quarter when Garrett Shrader took it in himself to make it a two-point ballgame.

Joe Burrow silenced the cowbells with just one pass to Racey McMath that was taken to the house from 68 yards out to pull out in front 15-7. After an interception by Jacoby Stevens, the Tigers made it a 15-point ballgame before halftime with a five-play drive that was capped off by an eight-yard touchdown pass to Ja’Marr Chase.

LSU increased its lead early in the third quarter with a 37-yard touchdown pass to Derrick Dillon. Burrow got his fourth touchdown pass of the afternoon later in the quarter when he connected with Justin Jefferson on an 18-yard pass to put the game out of reach.

The number of penalties Mississippi State committed 13 penalties on the afternoon and doing that against a team like LSU is always going to bite you in the proverbial backside.

Player of the Game: Joe Burrow

It feels too easy to give him the player of the game honors for the umpteenth time, but throwing for 327 yards and four touchdowns on the way to another win in the SEC is more than enough of a reason to give him the honor once again.

Next Up: Saturday vs Auburn; Kickoff at 2:30 pm

Get Your LSU 2020 National Champions Merch!→ 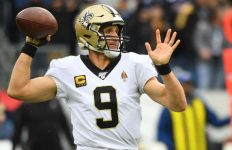