On July 22, 1947 Don Henley was born in Gilmer, Texas. Henley is a song writer and drummer who is best know as an original member of the Eagles. In his early career, Henley was part of a band called Shiloh that would record their first album in 1970 while Henley was living with fellow Texan Kenny Rogers. Rogers was also the producer for Shiloh’s debut album. Shortly following the recording of Shiloh’s first album, Henley would meet Glenn Frey and they both would become members of the same backup band. The pair would go on to form the Eagles, as we know them, and sell over 120 million albums worldwide.

On July 22, 1961 Patsy Cline made an appearance at the Grand Ole Opry, in a wheelchair, to tell her fans that she would soon be returning to singing. Cline was still recovering from a very serious injury she suffered in a car accident in Nashville the previous month.

On July 22, 2006 the US Album chart was being topped by the late Johnny Cash and his album American V: A Hundred Highways. The full album was released on July fourth following the death of Cash. All the vocals on the album were recorded prior to the passing of Johnny Cash; but the instruments and all were not recorded until 2005. 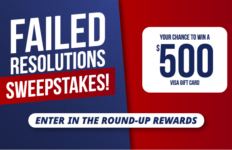