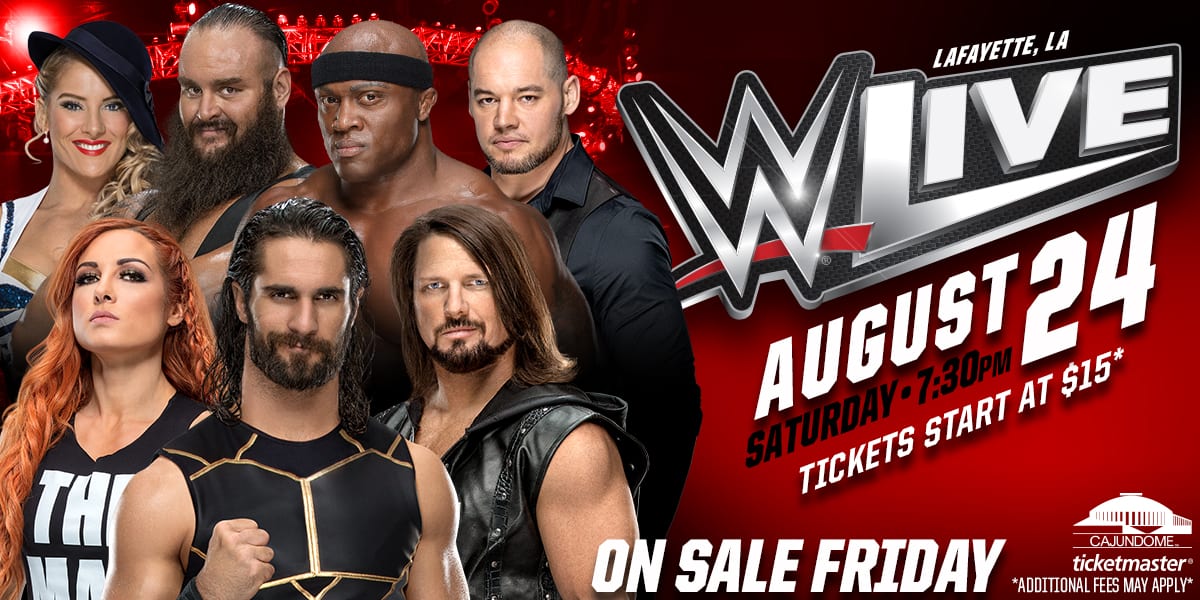 Professionnal wrestling is coming back to the Cajundome.

WWE is returning to Lafayette for a WWE LIVE show held on Saturday, August 24. This is the first WWE show since RAW held a live televised show back in February.

The house show in August is scheduled to feature not one but two championship belt matches. Seth Rollins will be taking on Baron Corbin for the Universal Championship. Becky Lynch meanwhile will face off against Lacey Evans for the RAW Women’s Championship title.

In addition to those two title matches, AJ Styles, Braun Strowman, Naomi, The Usos and more are slated to appear. The show will begin at 7:30 p.m.

The last time WWE was in Lafayette local wrestling fans got to see several NXT wrestlers make their WWE debuts, as a well as Strowman fight Baron Corbin, Finn Balor teamed up with Ricochet to take on Bobby Lashley and Lio Rush, Drew McIntyre faced off with Dean Ambrose and Ronda Rousey defeated Ruby Riott.

Tickets for August’s show start at $15 and up and will be available at Ticketmaster.com and the Cajundome Box Office. Tickets go on sale this Friday, June 28 at 10 a.m.