About 24 hours after the news about the Anthony Davis trade to the Los Angeles Lakers shook the NBA to its core, another player will no longer be with the New Orleans Pelicans in Julius Randle.

Randle, who signed a two-year, $18 million deal last summer after the Los Angeles Lakers renounced his rights, reportedly declined his $9 million player option for the 2019-20 season with the Pelicans and will be able to explore free agency.

This was first reported by Shams Charania of The Athletic and Stadium, adding to the list of dramatic changes for the Pelicans as they get ready to transition from the Anthony Davis era into the Zion Williamson era.

Randle is coming off of a solid season with the Pelicans, averaging a career-high 21.4 points, 8.7 boards, and 3.1 assists per game. A lot of that had to with a strong finish to the 2018-19 season, averaging 24.6 points and 7.6 rebounds a game following the All-Star break.

The former first-round pick’s stock has risen both because of his great season, but also because the free agency market has changed in the last week with injuries to Kevin Durant and Klay Thompson and could fetch as much as $15-20 million on the open market.

This will free up even more cap space for the Pelicans ahead of the start of free agency in July after the blockbuster trade sending Anthony Davis to the Los Angeles Lakers in exchange for Josh Hart, Lonzo Ball, and Brandon Ingram along with several first-round picks in the future. The aforementioned trade will become official after the free-agency moratorium is lifted on July 6th. 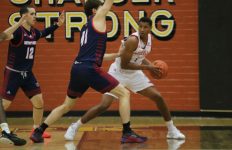 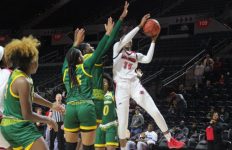