A friend of mine posted a photo Instagram of her walking around Girard Park with the caption, “Looking for Pokemon–just kidding! I really don’t get it.” And it’s true, isn’t it?  Anything fun and entertaining is worth trying out. Seriously, if so many people are loving the whole search for Pokemon, it has to be fun, right?  A good app is like a delicious dessert. A guilty pleasure. But after downloading the app and trying to figure it out, I gave up.  I don’t get it. I guess this lack of understanding, is not a total loss.  Reports of people getting hurt because of this intense drive to find Pokemon is so strange.  People are stumbling through grave yards, disrupting rock concerts and checking out from life.  It seems as if the world is divided into two groups…People who are addicted to the game and those of us who are not.  Of course not all players of this app, are becoming a nuisance but many are…and here is another report of a Pokemon Go mishap.

Police say a woman playing Pokemon Go in a parking lot north of Toronto was nearly hit by a driver who was also playing the wildly popular smartphone app.
Police in Innisfil, Ont., say the woman called to report the near crash around 2 a.m. Tuesday.
They say that as officers were interviewing the woman, the driver returned and admitted to playing the game at the wheel.
Investigators say the driver couldn’t be charged because no collision occurred, but they are urging players to be careful. 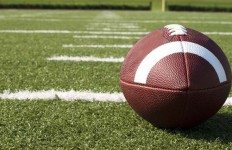