Mustang 107.1 presents the possum all weekend!!! It is a weekend of music by George Jones. We are playing a double shot every hour. Download the free Mustang 1071 app. Listen live and make instant requests.

George Jones was often called the greatest country singer of all time. He has a long list of hit songs. He was born in a rural part of Texas. According to an article, George Jones fell in love with country music at seven and was gifted a guitar at nine. He loved listening to the Grand Ole Opry as a young child. He would crawl into bed with his parents and listen to the radio begging his mother to wake him up if he fell asleep. He left home at 16 and landed a job at a radio station in Jasper, Texas. It was at this radio station, he got the chance to meet his idol, Hank Williams, Sr. Although he was so star-struck, that he just stared unable to speak.

George Jones has released more than 150 hit songs. Waylon Jennings once said, “If we all could sound like we wanted to, we’d all sound like George Jones.” 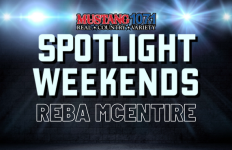 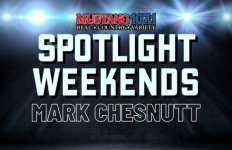