Three Chords, the Truth and 16 Hours of Ken Burns Awesomeness

The history of Country Music is at times murky and tragic but also endlessly entertaining.

Back in the 1950s, Harlan Howard was asked to describe country music. “Three chords and the truth,” he answered. But the truth is sometimes hard to pin down and the same could be said for country music. The question of “What is country music?” has been, and is still, hotly debated.

Born of a “rub” between the music of the Scots-Irish, newly freed African-Americans and gospel hymns in the post-Civil War South, what we know as “country music” was originally known as “Race Music” or by the late 1920s “Hillbilly Music.” While the songs and instruments (fiddle from the Scots-Irish, banjo from the African-Americans) had existed in homes, churches and street Medicine shows for decades, the foundation of modern country music was laid in a small town on the Tennessee/Virginia border. The Bristol Sessions launched the careers of Jimmie Rodgers and the Carter Family and with them the future of an industry.

Jimmie was the hard-drinking honky-tonk drifter who suffered from an incurable case of tuberculosis and spent money as fast as he made it. The Carters were a salt-of-the-earth, steeped in Church family who came to represent the wholesomeness of a simpler time (even when their own history was not so simple or wholesome). Together they were the Saturday night/Sunday morning halves of Country Music’s personality that continues to this day.

The documentary is quintessential Burns—interspersed with rare pictures, recordings and interviews with country music royalty past and present. Seriously someone, somewhere needs to hire Marty Stuart to teach a class on the history of country music. I would pay to hear that. What makes it even more moving is that some of the people he interviewed over the last seven years for the documentary have since passed on. Little Jimmy Dickens, Jean Shepard, and Merle Haggard are like ghosts of from the past transporting us back through time.

Episodes 1, 3, and 4 ends in tragedy. Each marks the too-soon passing of a Country legend; Jimmie Rodgers at age 35, Hank Williams at age 29 and Patsy Cline at age 33. The music itself nearly died with the rise of Rock-n-Roll in the 50s, going from over 600 country radio stations in the 1930s and 40s to around 80 stations in the 50s.

As Episode 4 ends, it’s only 1963. There’s still plenty more to tell. Some of the people you probably already know, some of the stories have been repeated before but Burns and company bring them to life in such a way that when one episode ends, you can’t wait for the next one to start.

When The Civil War documentary aired in the early 90s it sparked a resurgence in people’s interest in those years. Will Country Music cause the same renaissance in today’s country music? That remains to be seen but last week the two top trending artists on Amazon music were Hank Williams and Patsy Cline.

Three chords and the truth. It’s a good start. 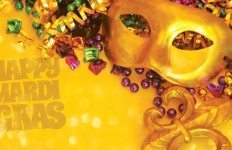 Winter Weather Knocks Out Power in Some Parishes→