Mel Tillis remains in a Nashville hospital where he is recovering from emergency colon surgery. The singer was originally supposed to be on the Country Music Cruise this week with several of his legendary country music friends.
Despite reports that Tillis is in critical condition, the singer’s publicist says those claims are untrue. He told The Tennessean, “Doctors said he’s doing fine and on the right track. He’s awake and watching television.”
A post on the cruise’s website says Mel “will need several weeks of recovery time. We wish him a full and speedy recovery and hope he can join us on a future cruise.”
Tillis is best-known for his hits “Good Woman Blues,” “I Ain’t Never” and “Coca-Cola Cowboy.” 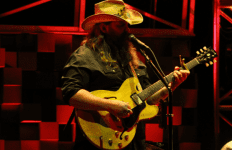